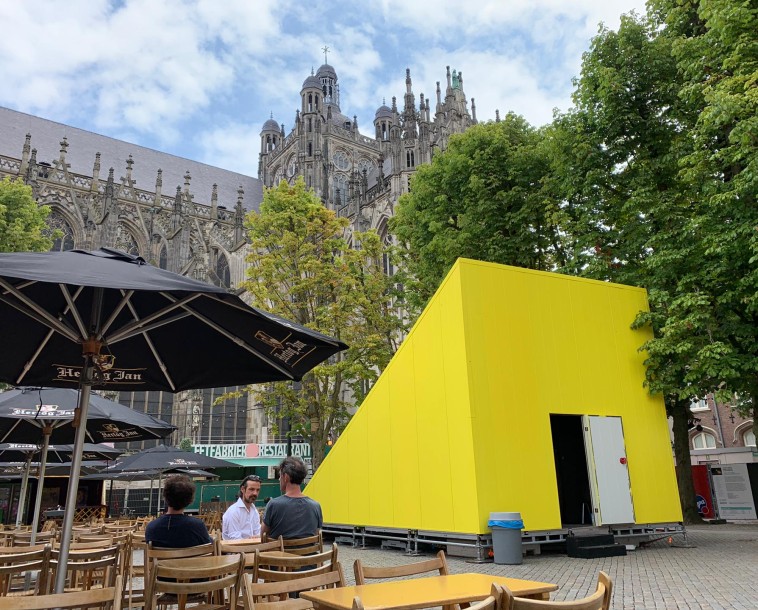 From August 1 to 11, BERLIN installed itself in one of the block boxes Theun Mosk designed for the Dutch Theaterfestival Boulevard. Visitors are invited to a board meeting of the VVD – the Association for Voluntary Death. The board explains what the organisation stands for and hopes thus to spread their vision on a larger scale and to recruit more members. An auditory experience for 12 visitors under the motto; “Those who grow old have only oneself to blame for that.”

“Box Project from BERLIN is quite inventive. In a sort of visual radio play we listen to the inaugural founding meeting of the VVD, the Association for Voluntary Death. […] a very funny and sometimes macabre gathering in which satire about life and death predominates. ” – De Volkskrant (in Dutch)

“In a mere ten minutes, BERLIN creates a beautiful tragicomedy around old age.” – NRC (in Dutch)