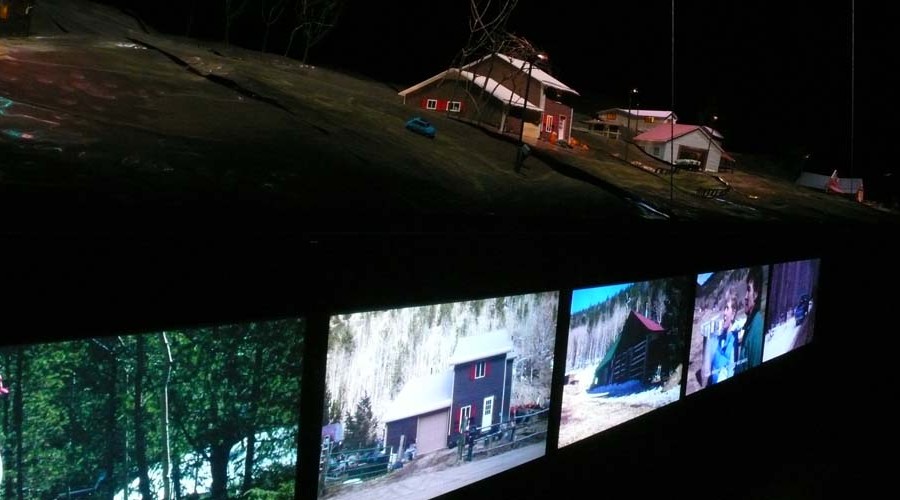 A cinematic portrait of a desolate mining town, the smallest in Colorado [USA]. A microcosm of the world, the residents claim.

Once upon a time there was a little town,
with five friendly houses,
the Rocky Mountains lying at their feet.
Snow covers the streets in wintertime,
the Kerber Creek runs through the village
and if you look long enough
you can even see the elves.

In Bonanza there were once 6000 inhabitants catered for by 36 saloons, seven dance halls and an immense number of prostitutes for the miners. Their motto was: get in, get rich, get out. Now there are only seven permanent residents, immersed in their own spirituality, living on a hotbed of accusations, gossip, murder and fear.

Berlin portrays this world-in-miniature on a scale model of the town and five film screens. The soundtrack is made by Peter Van Laerhoven. 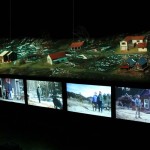 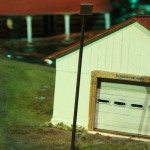 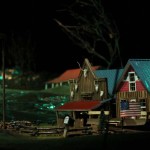 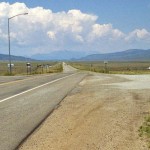 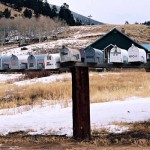 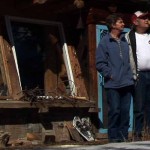 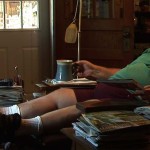 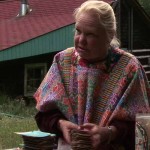 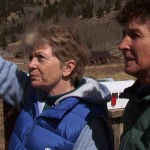 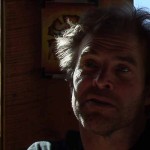 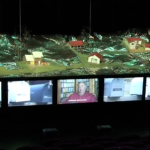 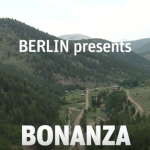